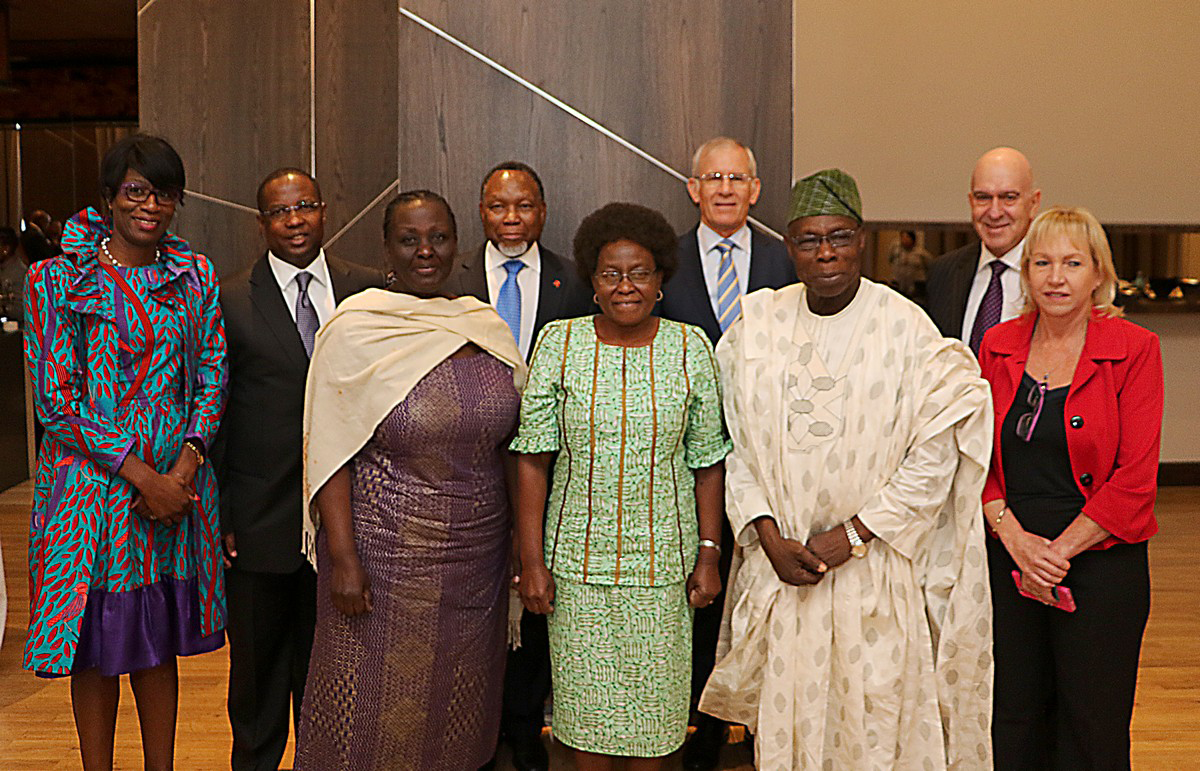 I had the priviledge of being invited to the meeting of the Champions for an AIDS Free Generation and the Private Sector held in Johannesburg on the 26th of November 2015. For those who might not know the Champions, they comprise the following former Heads of States, H.E. Festus Mogae – Chairman of the Champions (Botswana); H.E. Joyce Banda (Malawi); H.E. Joaquim A. Chissano (Mozambique); H.E. Kenneth D. Kaunda (Zambia); H.E. Alpha Konaré (Mali); H.E. Benjamin Mkapa, (United Republic of Tanzania); H.E. Kgalema Motlanthe (Republic of South Africa); H.E. Olusegun Obasanjo (Nigeria); H.E. Hifikepunye Pohamba (Namibia); H.E. Speciosa Wandira-Kasibwe, (former Vice President of Uganda). In addition, the group comprises of the following eminent persons, His Grace, Desmond Tutu, Archbishop Emeritus Cape Town; Justice Edwin Cameron, South Africa Justice of the Constitutional Court; and Professor Miriam Were, former Chairperson of the Kenya National AIDS Control Council. Three of them attended the meeting and they are flanked by UNAIDS Leader and Professor Olive Shisana, President and CEO of Evidence Based Solutions and Local co-Chair of the AIDS 2016 conference to be held in Durban. 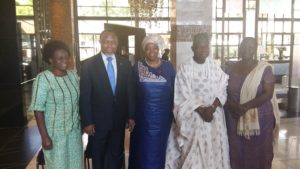 Fifteen private sector leaders, and nine representatives from governments, 35 Parliamentarians from 15 countries of southern Africa, UNAIDS, SADC Secretariat and other key partners attended the meeting. The meeting was a rallying call for increased private sector support to the national AIDS response given the likelihood of diminishing funding for HIV/AIDS programs as Africa transits from the post-2015 millennium development goals to the sustainable development goals. The meeting aimed to encourage the private sector to fill the gap created by donors that will most likely turn their attention to other sustainable development goals. The UNAIDS facilitated the dialogue to encourage the private sector to share ideas on how they can contribute to the national HIV/AIDS response. I was impressed by the evolving relationship between the public and private sector organizations as they face the challenge of reduced funding for HIV/AIDS programs in the African region that is home to 66% of all people living with HIV/AIDS in the world.

The Champions spoke on the importance of the private sector to step in and contribute to the national response to the HIV epidemic. These African leaders showed their commitment to mobilizing the public and the private sectors in Africa to contribute to reducing new HIV infections and treating those who are living with the disease. They encouraged the parliamentarians to monitor the performance of their respective governments in allocating adequate funds for HIV programs.

I, along with others, had an opportunity to speak at the meeting. I focused on the AIDS 2016 plans for the upcoming conference in Durban, which is to take place on the 18-22 of June 2016; we expect more than 18 000 people to attend from more than 130 countries. I alluded to the challenge that still faces Africa, that new HIV infections are still occurring at high rates in young people. It was for that reason that the road to the Durban conference includes hosting of frank dialogues with the youth to learn how HIV prevention messages should be formulated in the era of technological revolution. I asked the private sector to contribute funds so that the organizers of AIDS 2016 can bring more than a thousand youths to Durban to ensure their views inform policy makers, scientists and non-governmental organizations who formulate new policies and programs as well as new research agenda. For more information on the conference, please see www.AIDS2016.org