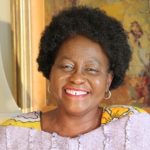 Dr Shisana is President and CEO of Evidence Based Solutions, with extensive research, management, policy development, fundraising, multilateral and networking skills spanning over 30 years in the USA, South Africa, and Switzerland. She is an honorary Professor at the University of Cape Town, Psychiatry & Mental Health Department.  She earned the Doctor of Science degree at Johns Hopkins University, Bloomberg School of Public Health. She was awarded the degree of Doctor of Laws honoris causa by Monash University in 2014.

Dr Shisana served as the first Director General for the Department of Health in South Africa under the Mandela Administration, where she led the development of transformative policies and strategies for health service provision of the population and ensured services were provided to a population of more than 40 million. She also served as Executive Director (number 2 level) at the World Health Organization, directing programs for child health, HIV/AIDS, reproductive health and women’s health.  She served as CEO of South Africa’s Human Sciences Research Council for 10 years, the first woman to do so.  Prior to that, she was the founder and the first Executive Director of Social Aspects of HIV/AIDS as well as the founder of the Social Aspects of HIV/AIDS Research Alliance (SAHARA).

She is a social epidemiologist who conducts national research studies aimed at evidenced-based health policy and program development. She is a world-renowned expert in HIV, having published more than 100 journal articles, book chapters and monographs and is the 2013 Winner of the Academy of Science of South Africa’s “Science for Society” Gold Medal award.  She is also the 2008/2009 financial year winner of the Public and Utilities Sector of the CEO Magazine’s South Africa’s Most Influential Woman in Business and Government award, having led in the development of the national health insurance policy and plan for South Africa.   In 2013 she was named as one of the 100 World Class South Africans by City Press in association with Xtrata, alongside Former President Thabo Mbeki, Former Deputy President Cyril Ramaphosa, and Former Minister of Finance Trevor Manuel.   She won the 11th Standard Bank’s Top Female Public Sector Leader Award for the work  done as CEO of the Human Science  Research Council in 2014. She also led the development of the new University, Sefako Makgatho Health Sciences University.

She currently serves on the High Level Panel appointed by the South African Parliament to examine the impact of legislation on the transformation of the South African society. In particular, Professor Shisana serves as chair of the working group on poverty, unemployment and wealth distribution, summarized in this video.

She served on the Board of Emory University Global Health for five years. As Past President of the International Social Science Council, she chaired the 2015 World Social Science Forum, held in Durban, South Africa.  Recently she co-chaired the 2016 International AIDS conference also held in Durban, and attended by nearly 16 000 from 153 countries.

Prof. Rehle has a Medical Degree (MD) from the Ludwig Maximillian’s University of Munich, an MSc degree from the London School of Hygiene and Tropical Medicine and a PhD in Medical Sciences from the University of Antwerp. He holds an appointment as a Visiting Professor of International Health at the University of Cape Town, School of Public Health and Family Medicine. Prof. Rehle served in many international scientific committees and advisory boards. He is a member of the UNAIDS Reference Group on Estimates, Modeling and Projections and serves on the Steering Committee of the WHO Working Group on HIV Incidence Assays. Prof. Rehle is a Member of the Academy of Science of South Africa. His publication record spans the authoring and co-authoring of more than 200 publications and presentations in scientific journals, books and international conferences.

Dr. Keith Shongwe is a medical Doctor and has worked both in the private sector as well as the public sector, in and out of South Africa. Keith has experience in Executive Leadership both in the private sector and the public sector. He has worked with strategy within Government and within parastatals, as well as within large Private sector companies. He has worked in areas of healthcare, Information Communications technology (ICTs) and in tourism. He has also chaired and served on a few boards as well as board subcommittees. Keith was special health advisor at National Treasury in the office of the Chief Procurement Officer (CPO) advising on Health procurement reforms.

Dr. Okechukwu (Okey) C. Nwanyanwu is a results-driven senior public health executive with over 35 years experience in international public health, epidemiology and health systems capacity-building. This includes 25 years as director of regional and national public health programs in Africa and the Caribbean for the US Centers for Disease Control and Prevention (CDC). He has a proven industry experience in helping foreign countries, NGOs, private sector, and various organizations, to develop and institutionalize public health training programs. 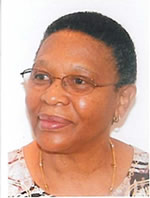 Professor Sophie Mataniele Mogotlane holds a PhD from the University of KwaZulu Natal and a Master’s degree in Nursing from UNISA. She possesses extensive experience in research, nursing education and practice, i.e. General, Midwifery, and Community Health Nursing Science. She was the head of the nursing Departments (Department of Health Studies) at the University of South Africa (UNISA) from 2003 to 2008, the Medical University of Southern Africa (MEDUNSA) 1993 to 2002. She was also the teacher and founder of the Paediatric Nursing Program at the Nursing College in King Edward VIII Hospital. During her time at MEDUNSA, Prof Mogotlane established the Honours, Masters and doctoral degrees for nurses, in that way she expanded the offerings at this institution which served the Southern African region. To this effect students especially from Lesotho, Malawi, Botswana, Kenya and Swaziland were able to access postgraduate study in nursing. She has taught, supervised and examined community health-related research projects undertaken by post-graduate nursing students at various universities. She is a seasoned researcher, evaluator and facilitator with experience who has worked with vulnerable groups.

Professor Mogotlane holds numerous esteemed titles, including Emeritus Professor and Research Fellow in the faculty of Human Sciences at the University of South Africa. She was admitted into the Hall of Fame in 2011, in recognition of her leadership and research in nursing. She was the Deputy chair for the South African Nursing Council from 2008 -2013, Deputy Dean for Health Sciences and Nursing at MEDUNSA 1997 – 2002 and a founding member of the Paediatric Nurses Association in Kwazulu-Natal. She is a member of the Council for Higher Education (CHE) and a board member of the Hospice Palliative Care Association (HPCA). She has authored several nursing books, presented and published a number of papers at local and international conferences.

Medical doctors and health economists will be contracted to provide knowledge on medical and economic issues related to health care as needed. These individuals  serve on a per project basis role with EBS.

To conduct research skilled personnel as well as research trainees who are undertaking a master’s or PhD degrees in a related area are employed on a per-project basis. The CEO’s existing relationships with local and global higher learning institutions help facilitate the acquisition of qualified personnel.

Our team includes a number of IT professionals skilled in the following areas :